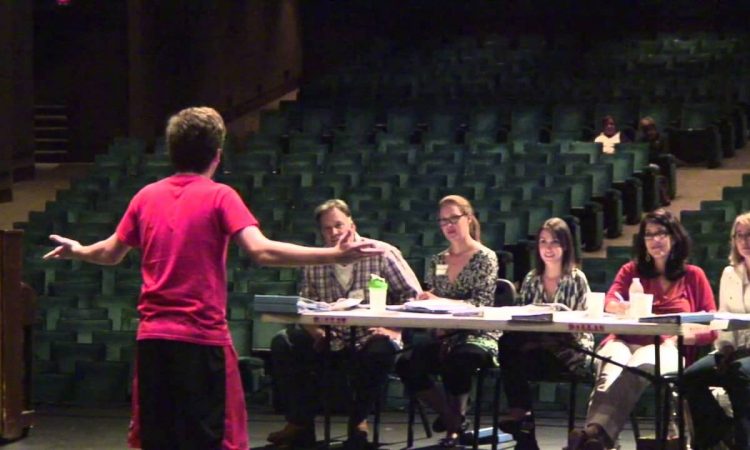 You got the audition, you've prepared for it, and now it's the big moment! Time to show that band just how indispensable you really are.

Like any job interview, you only get one chance at this, so be sure you do things right. It's going to be a fantastic learning experience for everyone involved. You're going to learn about the band, they'll learn about you, and you will learn about the audition process.

We've all heard and/or said this a million times, but it's true: First impressions are lasting impressions, and you only get one shot at making a good first impression. Most people make the bulk of their judgements about a new person within the first 2 minutes. If you screw that up, it's very hard to undo. Here are some tips to help you make that good impression.

Short of an emergency, don't be late. Leave early if you have to, but don't keep people waiting. It's probably the worst mistake you can make, and it can happen before you ever meet the people you'll be auditioning for. If you are going to be late, make contact as soon as you can. Explain the situation and give an estimated arrival time.

When you make contact, be sure you get confirmation. Don't expect an email or text has reached the person. If you don't hear back, use alternate methods until you know that someone has received your message.

While you should never be late, you should also never be early. 5 minutes ahead of your scheduled start time is plenty. If you arrive earlier than that, find a place to hang out for a while. Being late makes people wait, being early makes them have to accommodate for you when they might be doing something else like setting up, finishing another audition, etc.

Most musicians are pretty laid-back, so you probably don't have to dress up too much. But putting thought into your attire is a nice touch, and it shows that you care about getting the gig. Dress for comfort and freedom of movement while still appearing professional. When in doubt, dress more formally. Getting more relaxed is much easier once you're at the session than trying to go more formal.

"The more haste, the less speed." -- Benjamin Franklin
Being efficient is better than being fast. Your goal is to set up and be ready to go in the shortest time possible. if you rush the process, you may forget something or do it wrong, and then you end up looking like an idiot.

Practice your setup routine at home. Refine it and then do it over and over until you can do it almost without thinking. Setup time is usually full of distractions, and that's especially true when you're meeting new people and trying to interact with them while you set up, and all of that along with trying to be engaging and continuing to make that good first impression.

Whatever you need, know how to ask for it. Ideally, that would just be someplace to plug something in, either for power or maybe a microphone cable. The less you need the better, but don't sacrifice things that are important to your playing.

Once you're set up and ready to go, it's time to start the real adventure: Playing music with strangers.

As I mentioned in step 1, you should remember that you are trying to get a job from this band. That means you want them to like you. You don't need to be meek, but try not to come on too strong. Don't correct other people's mistakes, don't talk about skills or experience you don't actually have. During the music phase of your audition, your primary job is to follow instructions. Play the music as they want it played, be a good team member, and ask questions if you don't understand something.

Questions are very much a double-edged sword. If you ask too many, people get irritated. If you ask too few, they may think you're not interested or even make the leap to think you're being arrogant, even if you're not. If you don't know something, ask. This is especially true about the music. Just because you got a chart or a recording to work with does not guarantee that the band is going to play the song exactly that way.

Communication is a skill. As such, some people are better at it than others. It can be hard to remember that the person you're talking to doesn't know the thing you're talking about and you have to explain it to them. This gets even harder in a situation where several members of a group already have their own verbal shorthand or jargon that a newcomer will not be able to understand.

Also be patient with the band having their act together. Maybe this is the first time they've conducted an audition, or maybe they haven't played together for a while. Try to find these things out in casual conversation so that you can give them the proper weight as you consider whether or not you want to play with this group.

It's About You, Too

Remember that you're not just auditioning to play with a band, they are auditioning to play with you as well. Listen to their music, listen to their interactions with one another, look at how they keep their rehearsal space, get a feel for their general attitude, and all the other little things that tell you about the people you might be working with.

Keep your list of rules in mind, and don't hesitate to mentally count strikes against the band if they earn any. While you should always be gracious and professional, if the band has multiple deal-breaking strikes after the first couple of songs, you don't need to hang around forever.

Don't be afraid to bring a bit of your own musical style into your performance, unless you're in a situation where the band specifically doesn't want that. For example, if you are auditioning for a chamber ensemble, you may need to focus more on playing accurately and following direction.

Style is important because the band's sound will be changed if they hire you, simply because you are bringing something new into the mix. Don't go overboard with your own signature riffs, but try not to be a robot up there, either.

Most auditions have two parts: the music and the interview. There's no rule about which comes first. Your music will get you most of the way to the gig if you're the most competent and compatible player, but your words are always what will seal the deal.

Be ready for anything

What will they ask you? It's impossible to say. There will probably be some basic things, like can you make the rehearsal schedule, how often are you available to gig, and so forth. Be ready with clear, concise answers. Be mindful of not wasting other people's time.

Paint an accurate picture of your skills and abilities. Don't build yourself up or sell yourself short. Besides, telling the truth is always easiest because you never have to worry about what you said to whom.

If a song went poorly and it wasn't your fault, don't mention it. If the band does something you don't particularly like, keep that thought to yourself. If your collective skills are mismatched, smile and find something nice to say.

Always look on the bright side [of life]. Find a way to turn a negative into a positive, see solutions instead of problems...however you want to say it. If it's the worst band you've ever heard, the good news is you don't ever have to listen to them again.

Try not to take things personally. It can be disappointing to realize that you're not going to get the gig, no matter who makes that decision. But we are all musicians, and our art is important. Just because one particular combination of elements doesn't work does not mean any of those elements are inherently bad.

At this point you and the band are equals, so you get to ask them questions, too. Ask whatever you like, just be sure to do it in a professional manner. Don't be afraid to ask about things like how the money is divided, who does the booking and how do they decide where to play, what the process is for choosing new music...whatever you think is important to your decision-making process. If you need to take notes, go ahead.

Mention your skills during the interview phase of your audition, and don't forget to include non-musical things that might be of use to the band. Are you a photographer? Can you sew or draw or paint? Can you make the world's yummiest lemon bars? Your most important value to the band will be as a musician, but if it's a toss-up between you and someone else, your extra skills could make the difference.

Don't be afraid to mention significant experience, even if sounds like you're just trying to impress people. Don't be superior, but also don't ignore the facts. For example I have over 35 years of show business experience, and that's what I tell people when the topic comes up. I don't go off about the acts I've worked with, because name-dropping is really small-time. I don't need people to be impressed, I want them to understand that I know what I'm talking about.

Remember that professional, business-like email you sent to get the gig? Send another one after the audition to thank the band for allowing you to try out. It will be short, because all you're doing is saying thanks, that it was nice to meet everyone, and you're looking forward to hearing the results. But that extra touch is the last chance you have to make that tiny extra point which could get you the gig at the end of the day.

You should expect to hear whether you got the gig within a few days of your audition. If the band doesn't tell you how long it will be, ask (nicely!) when you will be hearing from them. They may have other auditions or some other activity where they can't tell you right away, but you should not be left hanging. This is a courtesy on both sides: for all they know, you might have 4 other auditions in the works and will take the first job that comes along.

Respect the timetable they give you. If they say it'll be 3 or 4 days, wait until the end of day 5 to check in with them. Don't be ashamed about asking for an update at this point, because you deserve an answer. But remember you are still wanting them to give you something, so be professional and courteous.

It may be that you don't have to wait for an answer because the band will tell you while you're still at the audition. Be ready for that, too. If they ask you to join, know what your answer will be. If they say "thanks but no thanks," thank them graciously and act like a professional.

If you really need time to think about their offer, say so and give them a definite time when you will get back to them, then try to let them know before that time arrives. Make this decision a high priority so that everyone can move forward as soon as possible.