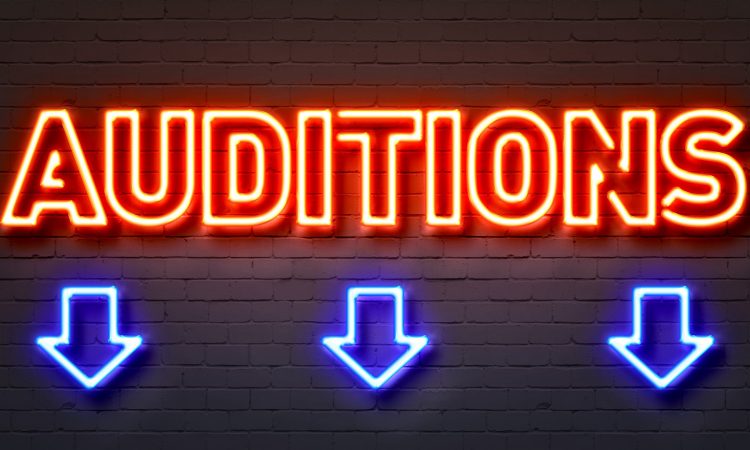 Auditions, Step 1: Getting There

If you want to be in a band, you usually have to pass some kind of audition. But before you can do that, you need to pass the audition to get an audition: first contact.

An audition is a combination of a job interview and a first date. You're forming both a business and a creative relationship, and that requires some pretty careful handling. I recently received a request for an audition that made me think about what is helpful and harmful in this process and wanted to share some of those thoughts. I will quote from that email as we go along--it's a very good example of some very bad habits that I've seen over and over. In essence, it's a great lesson in how not to get an audition.

I’m a guitarist/bassist/occasional lead/backing vocalist here (working diligently on improving this). [...] I've been playing 50+ years in a variety of situations. Very strong on music theory and knowing how to play the right part and get it to sit in the mix well.

It's fine to talk about your skills and experience, otherwise you're not going to get anyone to pay any attention to you. But be careful about claiming too much too soon. The more you say you're great, the less people will believe.

How can you get people to believe what you say about your musicianship? Let them hear you play. Music is so easy to transport now that there's really no reason not to include a file or a link where a prospective employer can get the proof they need to decide if they want to have you audition for them.

When you send samples, be sure that they are good representations of your work and that the production values are good. You don't have to spend thousands of dollars in a studio to cut full-blown demos, but you can at least edit out things like people talking before the song starts, pick a quiet location to do your recordings in, and other small things that show you are serious about your craft.  By the same token, try not to send over-produced material that's more technical wizardry than actual musical talent.  You want them to hear what you really sound like.

This is a huge missed opportunity to make a good first impression. By saying, "I don't normally play this type of music," you had better follow it up with something like, "...but I heard your stuff and I really want to be a part of your project." Otherwise, the employer is going to wonder why you're bothering to reach out to them.

Be clear. What is a "jazz-inflected situation"? This says nothing useful. Also, if they don't generally go for straight-ahead jazz auditions, what kind of auditions do they go for? Do they even play jazz at all? A potential employer is not going to spend time researching any vague statements. If you say a thing, be prepared to document and/or explain it clearly.

When you ask for an audition, you're saying that you want to go to work for someone else. Acting like the other person should be working for you is not the way to get any job, musical or otherwise.

I’m somewhat interested in your project. However, I listened to your samples… they sort of seemed like something Band In A Box might churn out. Apologies for being so blunt. I notice that you're also looking for keys along with guitar, so perhaps that explains things.

The interview process has ended before it ever got started. This person was asking for something (an audition) and then insulted the band they're trying to join. The apology is useless--if you can't be diplomatic enough to find something positive in the very first contact, you are clearly not going to be a good team member.  Don't forget that this was an email.  If you're really sorry for something you wrote, you can edit it out before you send it.

This also deepens the mystery about whey they are asking for an audition in the first place. If you don't like what the band is doing, why would you want to join up? Just for money? Maybe, but if that's the case you still have to get through the interview process.

Another thing we learn from this passage is that the person's ego would most likely be a problem if they joined the band. In this and the following passages, we see that they are now supposedly bestowing some kind of benediction just by writing an email. But not too much, since they are only "somewhat interested." This says a great deal about their level of commitment, none of which is good.

Wow, how awesome is that? I'll make sure and tell the other band members that we've received such high praise.

I believe that I offer many of the things you seek, especially with regard to intangibles like work ethic, professionalism, etc. I'm definitely interested in playing out at least 15 times per year. Your goals seem even more ambitious than that, which I appreciate.

This is the best part of the email, but it's way too late. The part about being professional has already been disproved by the insulting and vague tone, and we still see evidence of the ego trip.

How You DO Get An Audition

Taking the same points from this example, here's a different way to put the ideas together that would probably result in an eager invitation for an audition.

Hi there, I play guitar, a bit of bass, and am working on vocals. I listened to your samples and would like to request an audition.

I have been playing music for over 50 years. Lately I have been doing some jazz things that are a little less 'straight ahead' then what you do--stuff like [list 2-3 artists that illustrate the point], but I think I can bring some good elements to your mix. You can hear samples of my playing at [various links to music].

One reason I answered your ad is that I really appreciate your work ethic and commitment to professionalism. I am hoping to find a project that provides a lot of opportunities for gigging. Reliability is something I value highly, and I am in a position to devote whatever time is necessary to whatever the band might need from me.  Please let me know if you have any questions.

Thanks for your consideration and I look forward to hearing from you.

Notice that this looks a lot like any other business letter. That's on purpose--we are discussing a business arrangement. Not only do I want to show that I am literate, considerate, and professional, but most of all I want to show the prospective employer that I respect their time by being concise and addressing their needs instead of just my own.

No matter what situation you find yourself in, you can never go wrong if you show courtesy and respect to others. Even if you don't get the gig, you won't have left a bad taste that would prevent you from trying again later. The person in Band A might not need what you've got, but they might know someone in Band B (or even the world-famous Band C) and give your information to them, all because you didn't act like a jerk.

Next step:  Getting Ready